A multi-generation, family-run operation that grows some of the finest tomatoes in the area, Cover Produce in Tuolumne, CA recently acquired an Agra Tech greenhouse to increase their ability to grow tomatoes year-round. By working closely with Agra Tech sales engineer, Jim Bergantz and much of the company’s support team, in addition to Ag-Con, Inc., Peter Cover and his large family were able to erect a brand-new ATI greenhouse in a short time with outstanding results. This relationship has now come full circle, because believe it or not, back in the early 1980’s, Peter’s parents purchased an Agra Tech greenhouse that they still use. 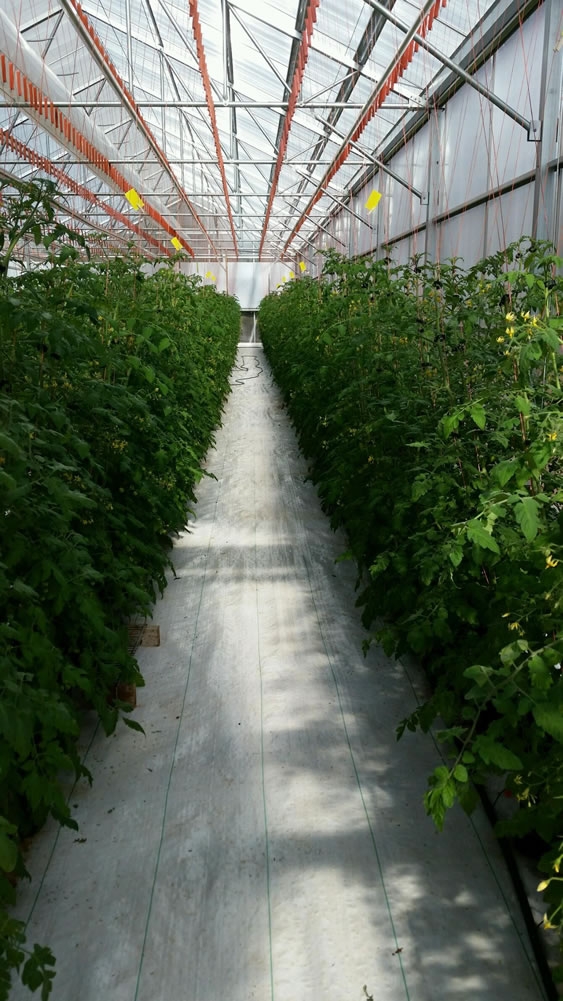 On 30 acres of predominantly wooded land, Cover, 46, grows tomatoes for grocery stores and restaurants and delivers them weekly on a regular sales route. With the assistance of his wife and eight children (3 boys and 5 girls ranging in ages 2-23) Cover Produce grows tomatoes in the ground during the summer and in their new greenhouse starting in the fall and then harvesting throughout the winter and spring.

It keeps the Cover family busy–either planting or harvesting or delivering tomatoes to its clients, Cover said. “The tomatoes don’t stop growing and our customers need them year-round so going to a climate controlled environment during the winter is ideal for what we’re doing. It also helps that my family is very interested in this greenhouse project. I can see the passion in their eyes, especially with my boys.”

Cover’s parents got him into farming back when Peter was a youth, when his mother started growing decorative plants and creating “dish gardens” that quickly became popular. After doing it as a hobbyist, Peter’s parents decided to get a serious greenhouse more than 35 years ago, so they contacted Agra Tech and purchased one.

“My mom has a green thumb and her little greenhouse was too small,” Cover said. “It was a wood structure and they needed something larger, so they got a greenhouse from Agra Tech and it worked well. It’s still full of plants after all these years, which is a testament to how sturdy and resilient that these Agra Tech greenhouses truly are!”

Late last year, Cover and his family decided that the time was right to purchase another Agra Tech greenhouse, so they began the process. It wasn’t an easy task to get the proper permits and construct a 60 foot by 120 foot Solar Light Agra Tech greenhouse, but by tapping into ATI’s vast reservoir of knowledge and experience, it was covered, so to speak. 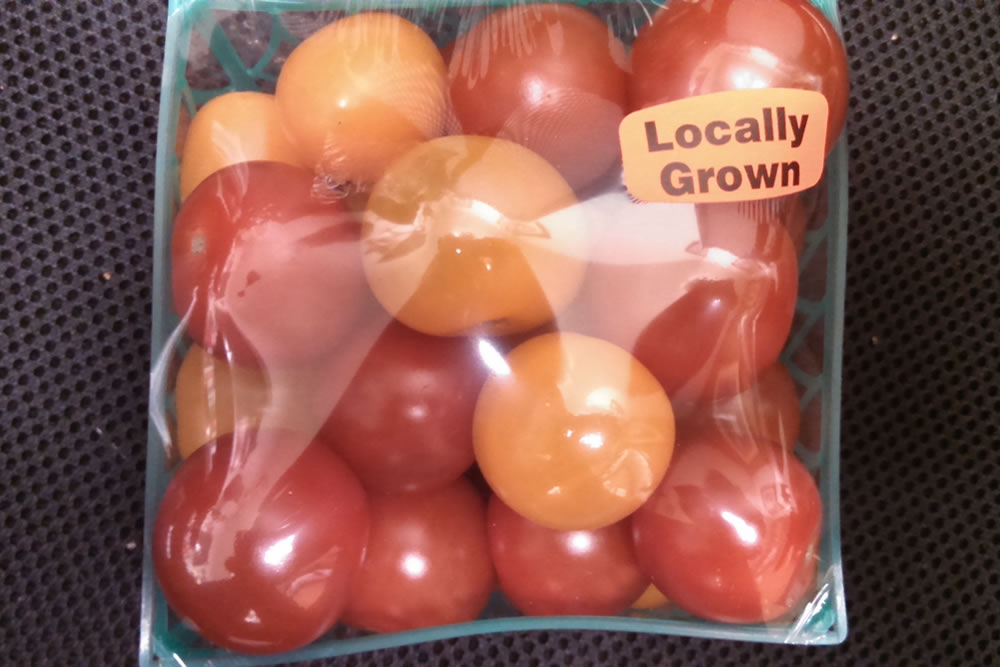 “Jim Bergantz was incredible,” Cover said. “From start to finish he was onboard and in tune with the project.  Since he has been in greenhouses from his youth as well, it was a real asset to have him covering for us” Cover said. “If we ran into issues, which were few, he was right there and willing to help us in any way he could.  We assembled the greenhouse ourselves. Ray Pound from AgCon set the 44 posts in concrete and the boys and I did the rest. I was amazed to see that Ray set those posts perfectly–he could not have been any more precise–they were dead-on and perfectly aligned. Everything was perfectly square, which was a big deal since we were building it ourselves. He set us up so that when we started our work, every bolt just fell into place. The instruction manual they sent with the massive bundles of parts was very thorough and gave very good instructions as to which part went where. It all made sense and was easy to follow. The entire support team at Agra Tech was terrific and was willing to do whatever we needed to make this project a complete success.”

The Covers burn wood in a furnace to heat their greenhouse–a method that allows them to have the structure at 65 degrees all night, even when it gets chilly in Tuolumne. “The furnace heats the water and then it is forced through duofin aluminum pipes,” Cover said. “The heat radiates from the pipes and into the foliage of the plants, heating the greenhouse very well.”

Cover Produce is proud of its tomatoes–the only crop they grow in a controlled environment. By concentrating solely on tomatoes, the family has been able to produce some of the area’s finest and that’s why their customers covet them. “We grow grape tomatoes, and two colors of cherry tomatoes and mix them together for a basket of medley tomatoes. We also raise red round slicing tomatoes as well as orange cluster tomatoes.” he said. “I call the other mass-produced tomatoes on the market that come from Mexico and other places ‘pink things’. They have so little flavor and can only provide color to a salad. Since we are a locally operated business, all of our tomatoes can be picked ripe and most of them reach our customers within 2-3 days. Our tomatoes rarely sit for more than a week.”

What does the future hold for the Cover family at Cover Produce? “I am intently interested in helping my sons to take this business and watch it grow with them,” he said. “With this new Agra Tech greenhouse, we have doubled our winter time production and that is going to put us in a great position as we grow more tomatoes and expand our business as a result.” 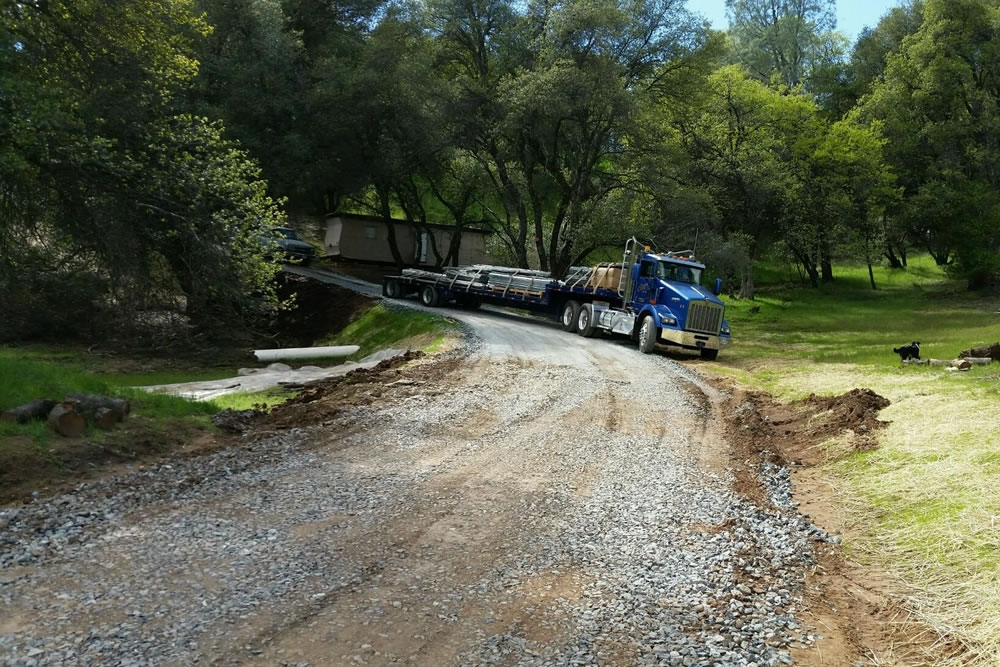 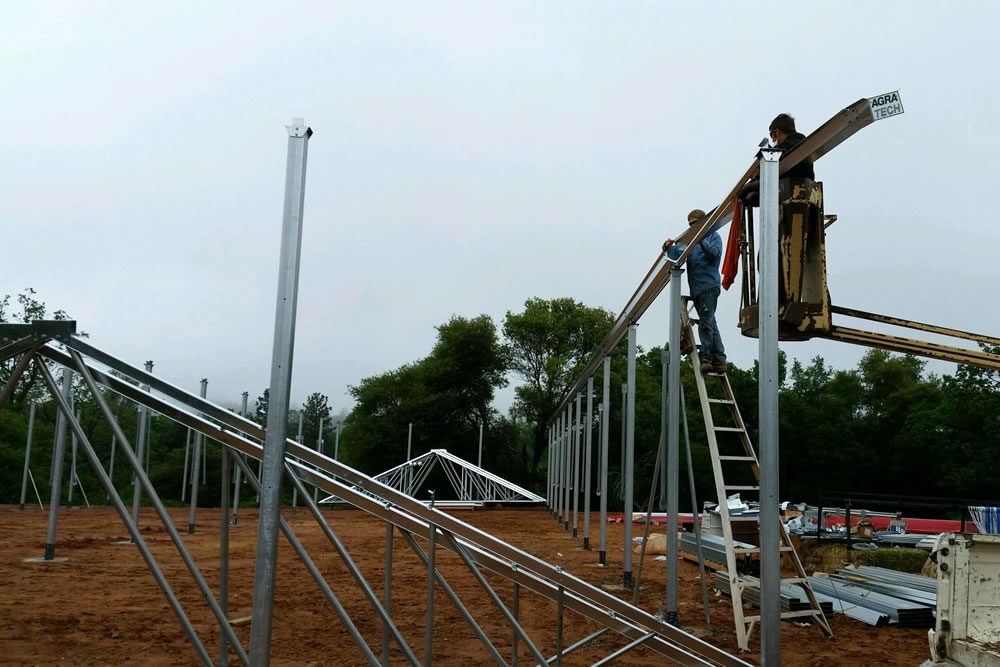 Putting up the gutters. 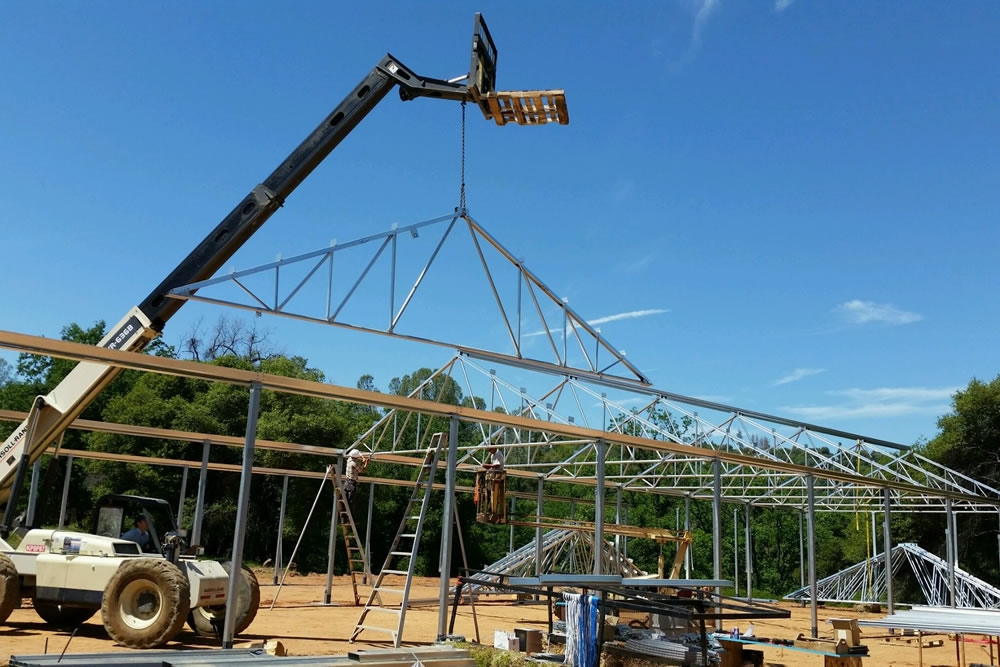 Putting up the trusses 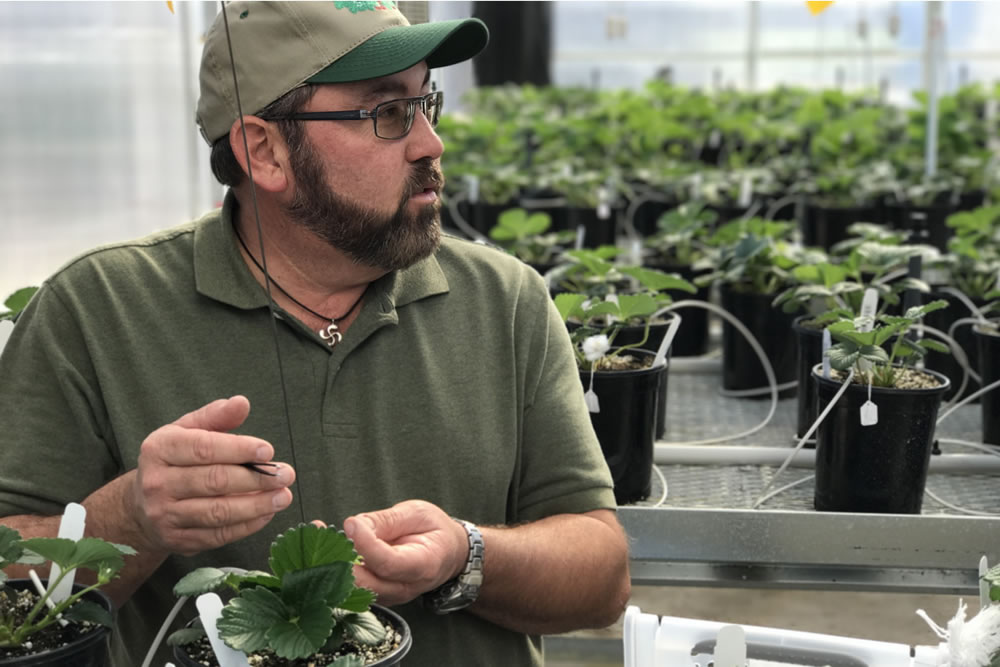 Agra Tech and CEAC Maintain a Healthy and Growing Relationship 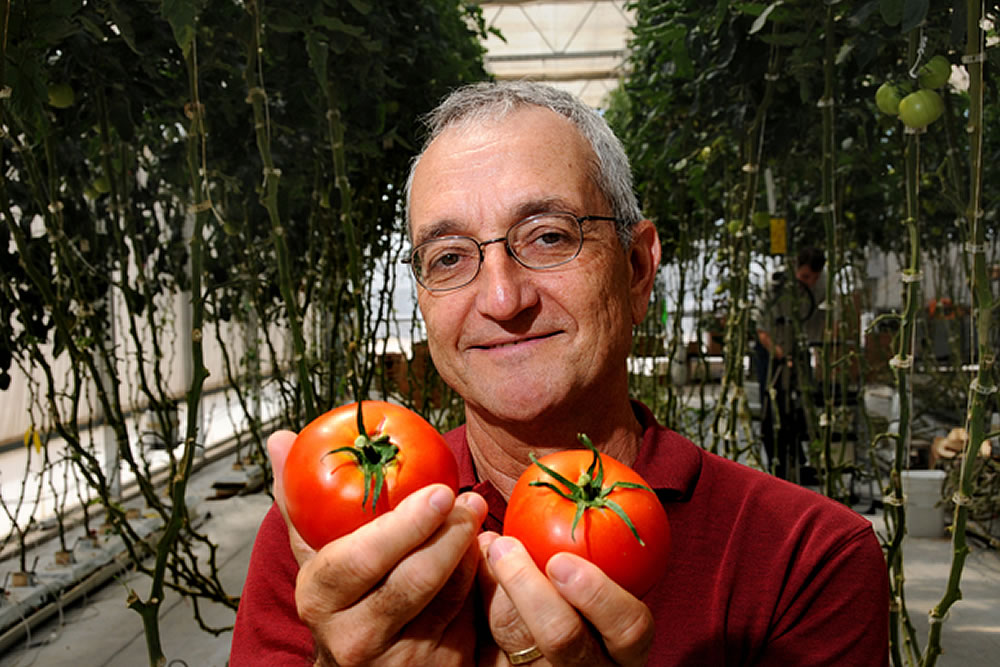 “We decided to go with ATI for a lot of reasons and it’s turned out to be a great decision. They represent good value; they use only quality materials and components like Ridder drives/motors and their greenhouses are very competitively priced. They’re well-built and designed, so we’re confident that they will last for many years to come.”

“Building these structures was a very positive process from beginning to end. The process of each greenhouse was seamless and drama-free. Ag-Con has constructed all of our ATI greenhouses and they’ve done an incredible job.”